In Germany, when you ask for water at a restaurant, they will bring out sparkling (unless you request otherwise).  Sparkling water just doesn’t quench my thirst.  In Australia, tap water comes with everything and if you accidentally bought a bottle of sparkling water and took a sip, you would likely spit it out again before searching for the real water!

I was so excited to see my first deer in Germany.  Just don’t let them get caught in your head lights.  If you plan a trip to Australia, beware of the kangaroos – they are everywhere and you don’t want one bouncing through your windscreen. 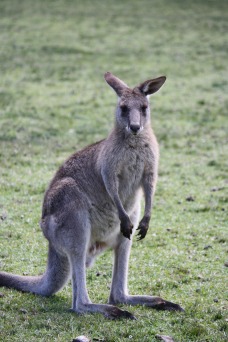 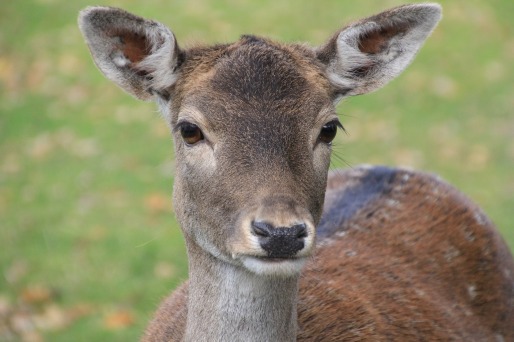 In Australia, all roads have a speed limit and you won’t legally be allowed to drive any faster than 110 km per hour on most highways.  In Germany, watch out on the Autobahn!  On certain sections, there is an unlimited speed limit and lots of people take advantage of it!

You don’t have to worry about getting bitten by spiders, snakes, crocodiles or stingers here in Germany.  In Australia, I grew up checking inside my shoes for spiders before putting them on and always wearing long boots and trousers when walking in the bush.  Whilst a lot of the animals are dangerous, most of them are scared of people, so don’t let it put you off visiting this beautiful country!

In Germany, if you talk about football, you are referring to the round, black and white ball.  People go crazy over it here and get very competitive!  In Australia, we call this same game soccer.  A football is an oval ball used for Rugby and AFL (our very own Aussie sport).   And the Australians usually go more crazy over football than soccer!  Are you confused yet? Basically, pick a team and stick to it! 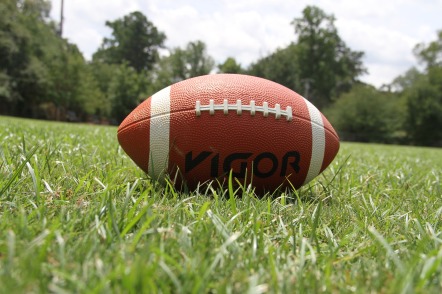 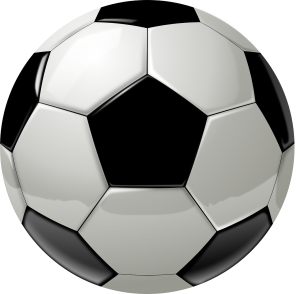 Australian money can be put through the wash and come out the other end untarnished.  The notes are strong and it would take a lot to destroy one. Don’t mess around with the Euro though – it is likely to rip and fall apart if it took a spin in the machine.

7. Drinking in public places versus in a bar

In Australia, we could be given a serious fine for drinking our beer as we wander down the street.  Strictly speaking, we shouldn’t be drinking in the parks either (though if you keep the beers in an esky, you’ll probably get away with it).  But in Germany, it is perfectly acceptable to walk around with your beer in broad day light.  Drinking in the parks is commonplace in Summer and you’ll often see someone unwinding with a beer on the train as they finish up their shift.

8. Getting coins back for your bottles versus getting nothing back at all

Just as it is common to drink in public in Germany, it is also perfectly acceptable to leave your empty glass bottle pretty much anywhere along the footpath (preferably next to the rubbish bin, but certainly not in it).  The reason?  You can get money back if you return the bottles to the supermarket.  People make their living off this, especially over summer.  You will see people with big bags walking around the parks and collecting all the empty bottles.  It means you are left with a fairly clean park too!  Don’t do this in Australia though – we do recycle our glass but we would never leave our bottle on the street or in the park and expect anyone to pick up after us.

In major Australian cities, shops stay open all week round.  We usually shut up shop around 5 – 6pm but we are usually open on Sundays.  In Germany, the shops stay open until a lot later during the week (usually until around 8pm), but on Sunday, don’t expect to get any shopping done.  Everything is shut.  So make sure you stock up the groceries on Saturday and prepare to have a relaxing Sunday at home!

Australia has vast expanses of land and, in some areas, it can be days before you get to the next town!  Most of the population resides along the coast but out in the desert, you need to be prepared.  Germany on the other hand is not only lush green all year round, but you can expect to drive through a village every half an hour or so. 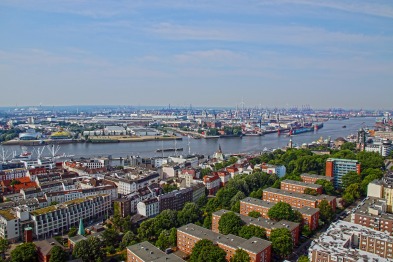 11. Driving on the right versus the left

Coming to Germany from Australia, I had to change that habitual instinct to look right first when crossing the road.  Of course, in Germany,  the traffic drives on the right hand side and not only this, the driver sits on the left hand side of the car and changes gears with the right hand.  Everything is the opposite to Australia!  But, like everything, you get used to it!

In Australia, daylight hours are fairly regular.  Yes, they are a bit longer in the summer and a bit shorter in the winter, but not like here in Germany, where in the middle of summer, you can expect it to stay light from between 4am – 11pm and in winter, the sun goes down at about 4pm.  It takes some getting used to!

In the major cities in Australia, it is very common to rent a room in a share house when you’re studying, or even as a young professional.  This is the norm.  In German cities, there is not so much space.  Expect to rent a room in an apartment – let’s hope you like your flatmates!

How on earth this became normal I don’t know, because it is certainly not comfortable.  But in Germany, it is quite common to put two single quilts on the bed, rather than 1 large double quilt.  It is also interesting that large square pillows are normal in Germany, whereas in Australia, we opt for the smaller rectangular kind (which are, in my opinion, a bit more comfortable).

Australia wins on this front!  If you need a public toilet, it will always be free and generally fairly clean.  In Germany, wherever you go you will have to pay.  The price varies from between 20 cents up to a euro.  It means the toilets are nearly always clean, but it also means I drink less water when I’m out, so I don’t need to go to the toilet as often!

Simply put, Germany just does it better.  There are so many good quality German breads, from dark to light.  It is more dense and keeps you going for longer.  In Australia, standard bread is light and fluffy, with very little substance.  You can get some quality bread in specialised Australian bakeries, but in Germany, it is readily available and very inexpensive.

Every country has it’s beer with food colouring!  In Germany it’s green and in Australia it’s pink.  Both are good. Both are best served on a sunny Summer’s day.  Both will have you staggering home in the evening if you drink too much! 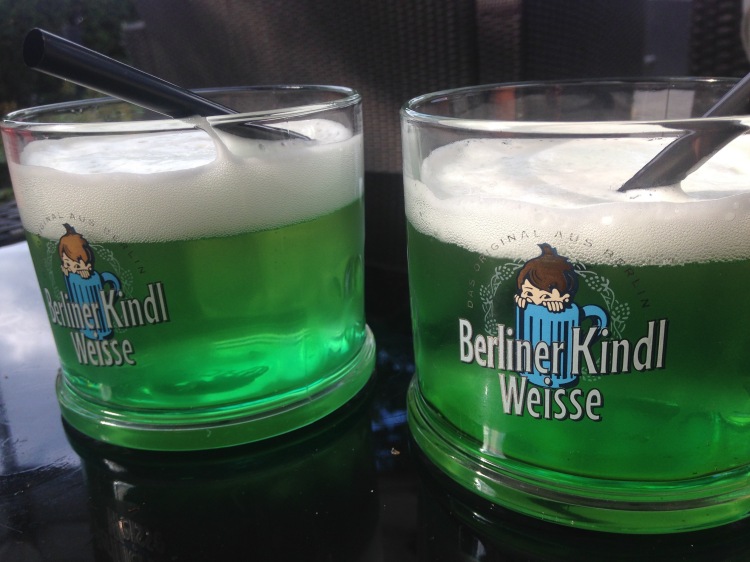 In Germany, you pick up the telephone and answer by saying your last name.  For example, I would answer the phone by simply stating “Stephens.”  You would also always start the conversation in formal German, until the person calling established who they were and, if appropriate, you could switch to the informal “du” form.  In Australia, we say hello and maybe say our name if you’re lucky!

19. Getting naked in public versus covering up

When I first arrived in Germany, I was quite shocked at how people are so at ease with their bodies.  I remember boating on a river in Berlin one day, on a very busy Summer day.  There, in broad daylight, a couple of girls stripped off, completely starkers, and proceeded to have a lengthy conversation before diving into the river for a dip.  I also remember a man wandering around a church pant-less, but that is another story!  In Australia, we have designated nudist beaches, but you would always save skinny-dipping for a time when there weren’t too many people around.  I don’t know if it’s agains the law to be publicly naked in Australia, but there is probably a rule about it!

20. Saying what you mean versus having a yarn

I wouldn’t say German people are impolite.  It just comes across this way to foreigners sometimes, particularly Australians, who are generally very casual and easy going with the way they say things and will quite often stop for a long yarn before actually reaching the point.  In Germany, people are very direct in the way they say things and there is never any confusion.  I guess this is why they use the word bitte – it helps soften the blow!

Have you noticed any big differences between Australia and Germany! I’d love to hear your thoughts below! 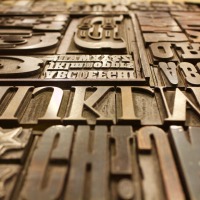 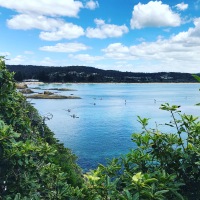 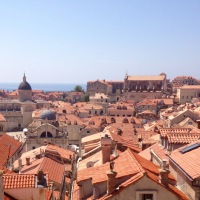 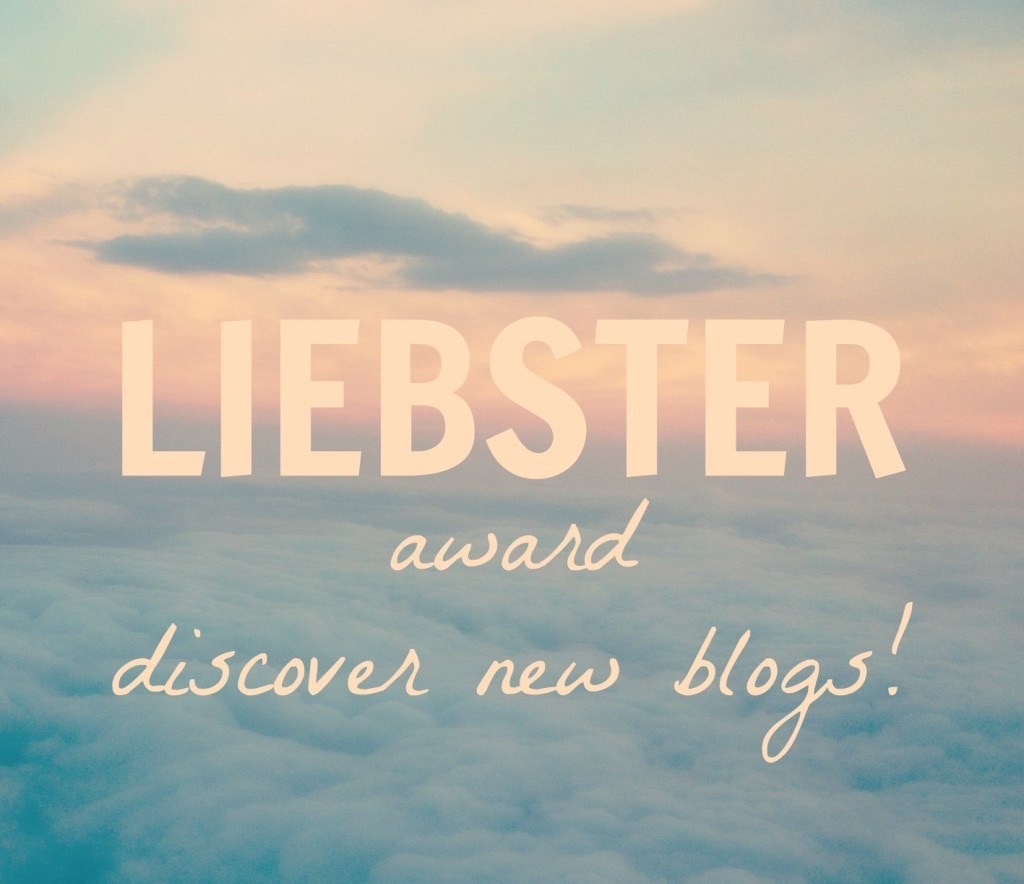 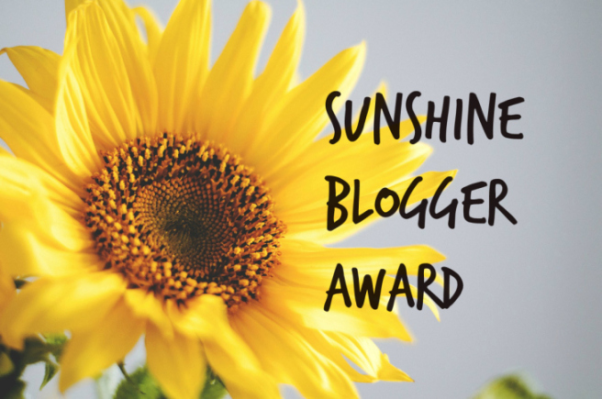 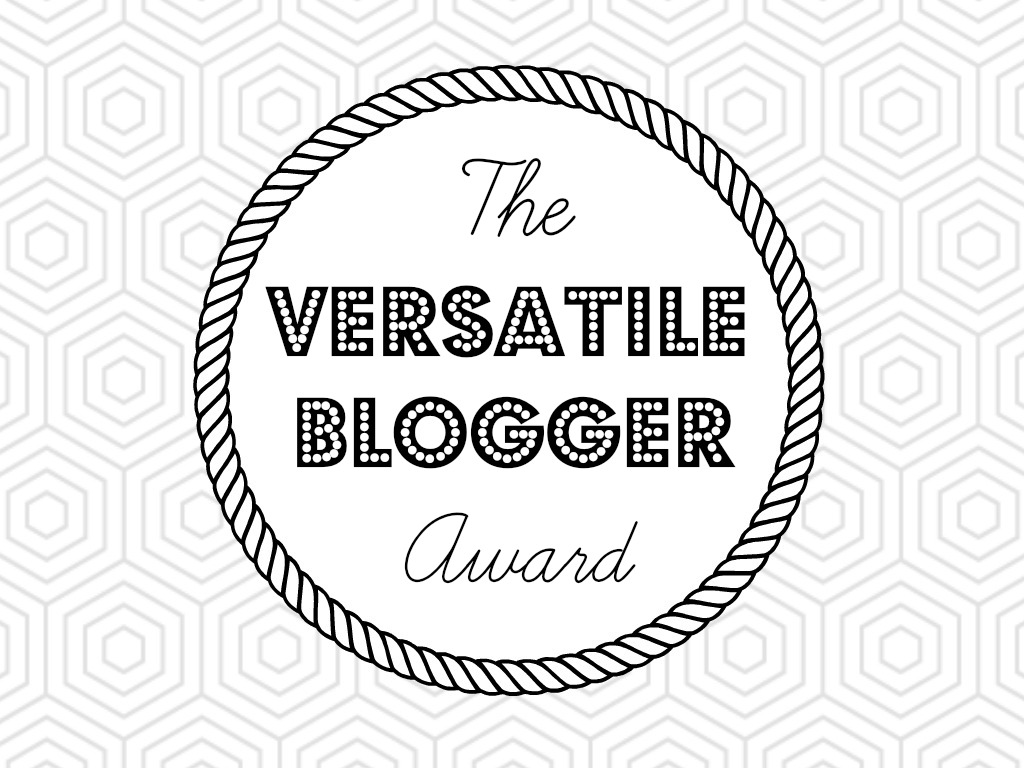